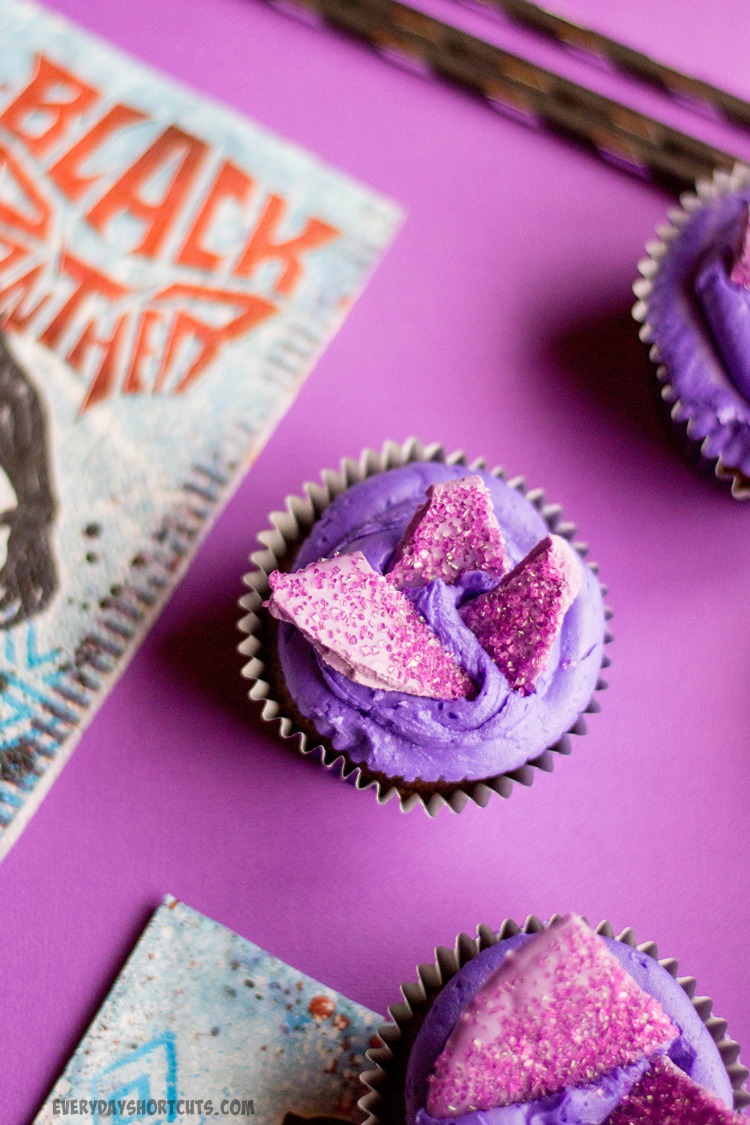 In celebration of Marvel Studios: Black Panther release of 4K Ultra HD, Blu-ray, DVD, and On-Demand on May 15 we are making Black Panther Vibranium Cupcakes for our home viewing movie night. During our party, not only did we eat the cupcakes but also enjoyed some popcorn, playing Black Panther bingo, and cuddling up with a comfy Black Panther plush throw. 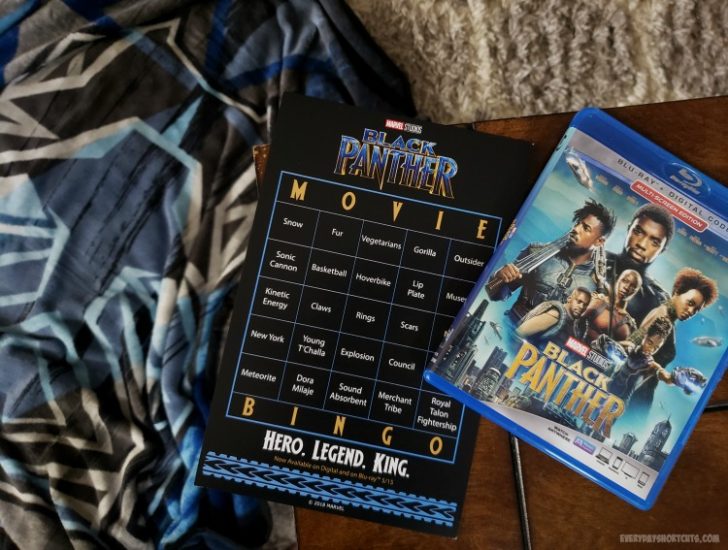 There are so many things I love about the movie Black Panther from the powerful message it sends to all, costumes, history, scenery and some kick-butt characters. All the reasons to watch this movie when it becomes available on May 15th. In the meantime enjoy this recipe for Black Panther Vibranium Cupcakes! 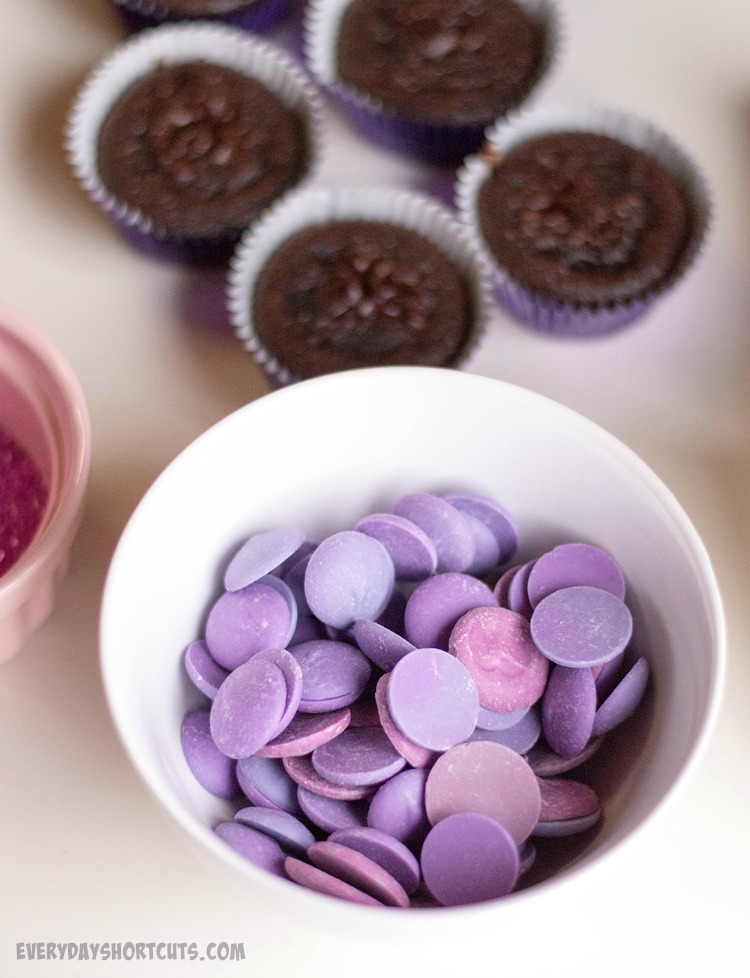 Ensure cupcakes are completely cool before decorating. Line a baking sheet with wax paper. In a bowl, microwave purple candy and coconut oil in 30-second intervals until completely melted. 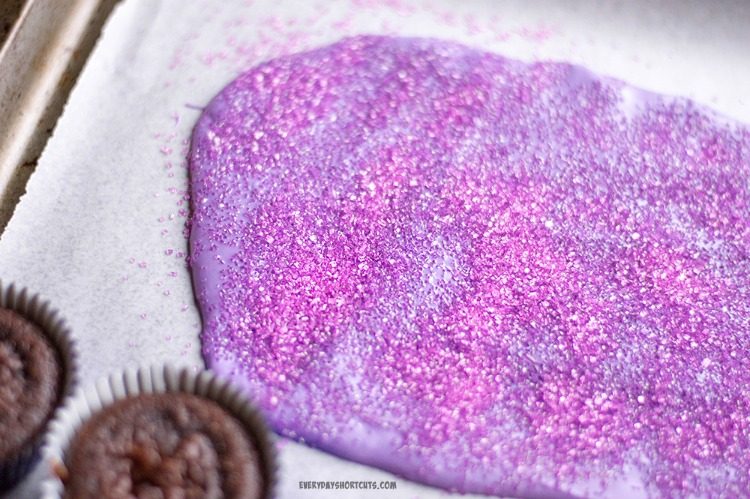 Pour melted candy on lined baking sheet. Top with sugar sprinkles and let set in the fridge for at least 15 minutes. 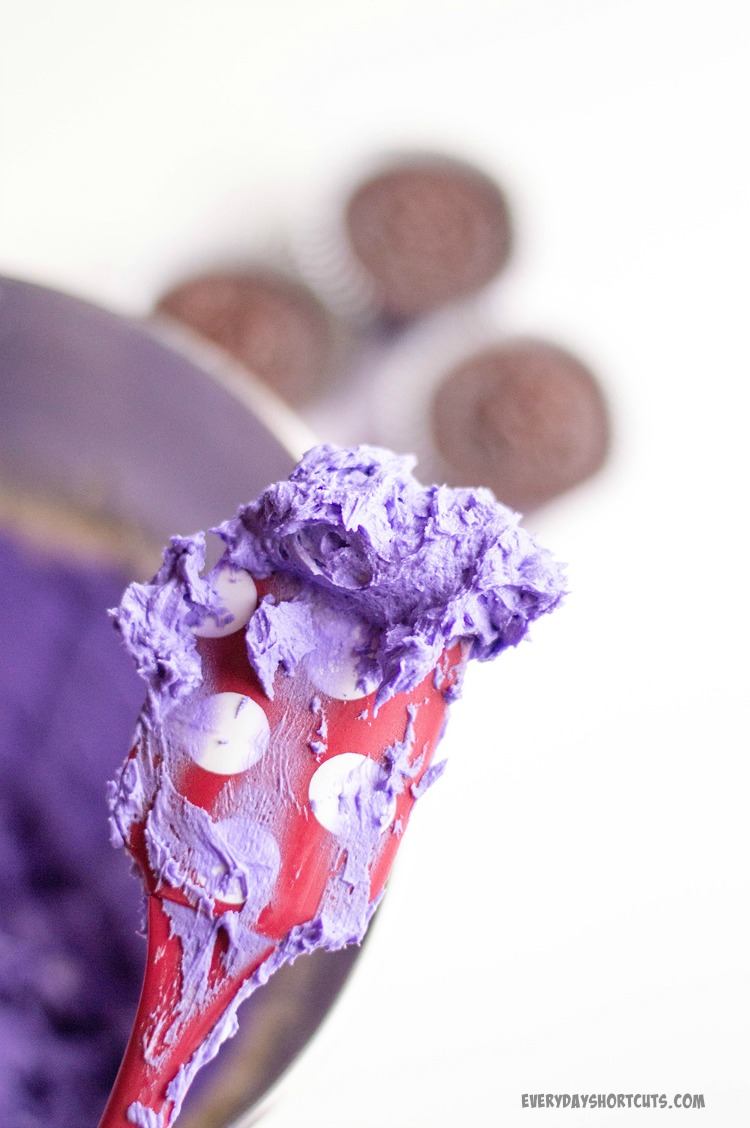 Using a stand mixer, beat butter, powdered sugar, and milk on medium. Gradually increase the speed to high. Stop the mixer to add food coloring and then mix on high again. Your buttercream will form stiff peaks once it’s ready. 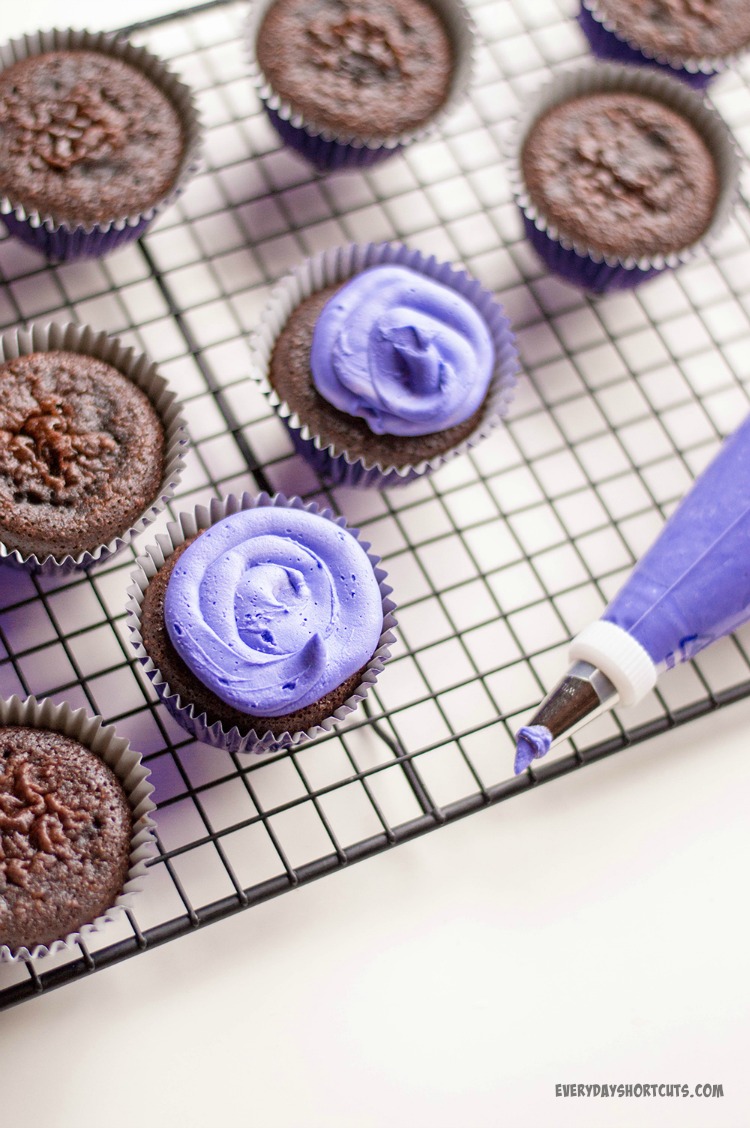 Using a piping bag, frost each of your cupcakes. Remove sprinkled candy from the refrigerator and break off into small pieces (they don’t need to be uniform). Place a few candy pieces on each cupcake and serve. 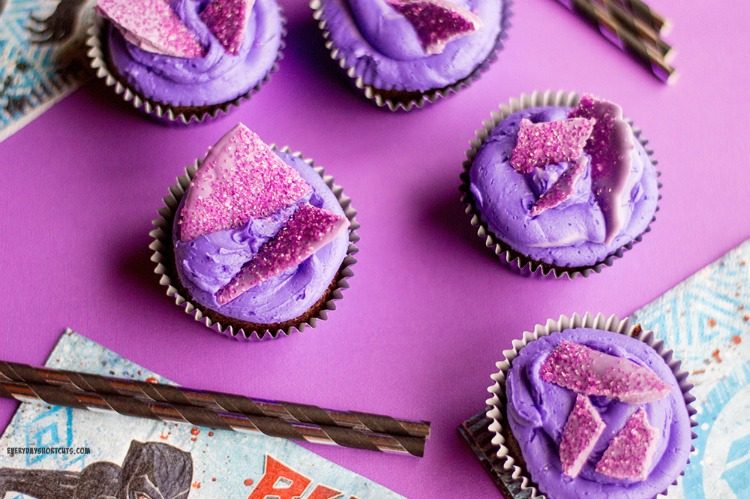 Black Panther is available on 4K Ultra HD, Blu-ray, DVD, and On-Demand on May 15! 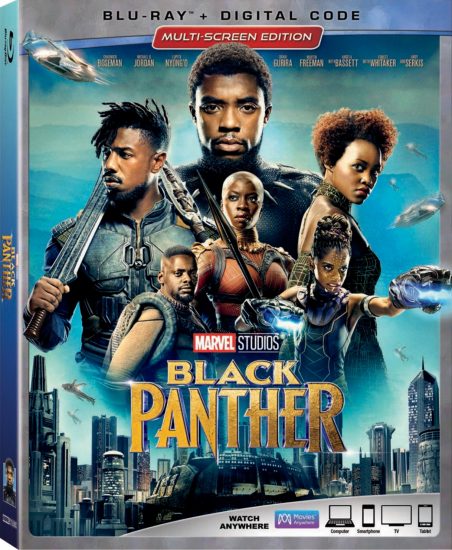 Marvel Studios’ “Black Panther,” is a global cultural phenomenon that has thrilled and inspired generations of moviegoers around the globe. “Black Panther” is the highly celebrated story of T’Challa (Chadwick Boseman), a young African prince who takes on the mantle of King and Super Hero. The film has dominated the box office charts emerging as the third biggest movie of all time domestically with over $665 million. Through the 4K Cinematic Universe Edition of “Black Panther,” fans will experience the exhilarating adventure in stunning 4K Ultra HD with next-generation high dynamic range (HDR) visuals and Dolby Atmos immersive audio. Disc extras include never-before-seen commentary from director Ryan Coogler; deleted scenes; outtakes; and several making-of featurettes, which detail the Black Panther’s evolution, the remarkable women of Wakanda, the history of T’Challa’s proud nation, and the cosmic origin and technological applications of vibranium. Also included are a roundtable discussion with “Black Panther” filmmakers and writers; a featurette tracing the countless connections between heroes, characters and storylines within the Marvel Cinematic Universe; and an exclusive sneak peek at “Ant-Man and the Wasp.” Fans can bring home the phenomenon, packed with light-hearted fun, pulse-pounding action and a powerful message, and watch it over and over again.

BONUS MATERIAL (may vary by retailer): 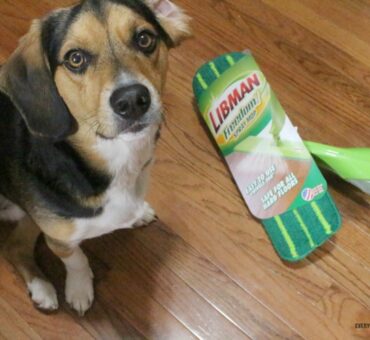 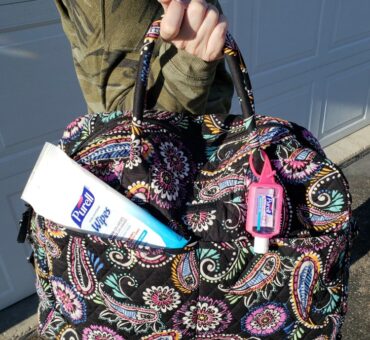 How to Prepare for Summer Travel + Printable Packing List 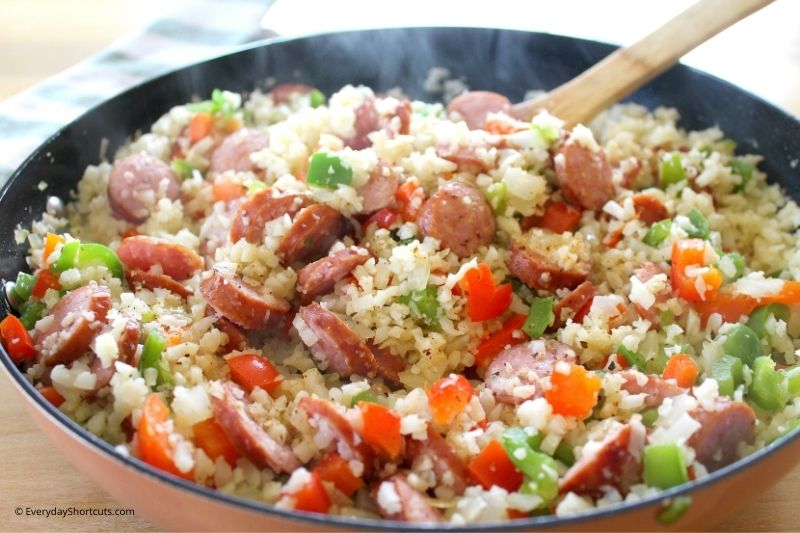