Sophia Bush is the voice of “Voyd” in the Incredibles 2 playing a “Wannabe Super” hoping to join the ranks of the superheroes. A mega-fan of Elastigirl with a  superpower of the ability to divert and manipulate objects around her by creating voids that allow the objects to appear and disappear.

I got the opportunity to interview her when I was in LA for the Incredibles 2 event and absolutely loved her from the moment she walked in from her voice, strong words of women empowerment and more. During the interview, we talked about her new character, girl power and more. Read on to find out what she had to say.

I just want to thank you for being … YOU! – Voyd to Elastagirl

On her Character Voyd

Trying to find her character was hard to do at first because she was not sure how she fast or slow she should talk or how the scene was since the talent does not voice together. She trusted Brad Bird and his phenomenal directing skills and found her voice.

Sophia Bush: “For me, I had to think a lot about who this girl is. You know, Violet is a teenager. Voyd is a young woman. And she represents, to me, so many of the girls who I spend so much of my life talking to, girls that are in high school, college, post-college, trying to figure out who they are.”

“I thought a lot about being a young girl in this world of the Incredibles, who has powers, who thinks it’s the coolest. But you grew up looking up to Elastigirl. She was on your TV. There’s no one in your town like you. But you had an idol. And you knew that she got to shine. I want these kids to say, I grew up in a place that didn’t accept me, and I saw you on TV and your character taught me that everything was gonna get better for me and that someday I’d get to be who I am.”

“Voyd is expressing her identity. She has turquoise hair and a side shave. This is a bold expression of her inner radicalness, but she’s had to hide her biggest magic. And she gets to meet the person who made her feel like one day it was gonna be okay. And that made everything about why she just couldn’t figure out how to hold it together. It made really personal for me because it was something that’s a fight I’ve been a part of in my real life, and it helped me own the moment for this sweet girl in the recording booth.”

Sophia is heavily involved in activism for women in Hollywood and we wanted to know what it meant to her when she found out that the movie was filled with strong women’s centric.

Sophia Bush:  “I told Brad he’s clearly psychic, because, you know, this movie was three years in the making. So, this was pre the Time’s Up conversation being had. This was pre a lot of these studies about gender parody and even current stages of pay disparity, our lack of paid family leave in this country. Even when we look at some of the statistics that have come out about how many dads are actually now the stay-at-home parent, how many women earn equal to their male partners, how many women are actually the primary breadwinner in their households.”

“And Brad was like I mean I don’t know. I just thought it would be funny to freak Bob out, but then we’re talking backstage and he’s like, well, you know, my wife’s a superhero. She’s the coolest woman I know.”

“This movie manages to talk about identity and empowerment with not an ounce of tension, with so much humor. It welcomes everybody to the table. I’ve not heard a single guy be like, oh, that’s like a woman’s movie. They love the movie. And I’m like, yeah, because women’s issues are just life. It’s not — you don’t have to do the thing.”

She’s a Bit of a Techie Nerd

“We got to see a rough cut of the film back in February. And there were whole bits of it not animated yet. Like, our
characters were like floating around with no arms like ghosts. It is so much more complex and brilliant and genius and cool than anybody knows. And, you know, to them they’re like, well, we present what’s perfect to the
world, and I’m like show me everything. I wanna see the unretouched pictures of these people. It’s really phenomenal and hundreds of people work on every movie.”

“I like tech and have been investing in tech companies for about ten years. I think that when we talk about parody, for example, I think we have a problem in that women when they make any money at all. But when women make any money at all, they’re encouraged to donate to charity, which is something that I do. But men, when they make money, are encouraged to become investors. And this is a major point of disparity in our society. And so, for me, the reason that back in the day, I started writing like very small checks.”

YES! Rock on Sophia Bush! I loved every moment of this interview and what she stands for. I could have listened to her talk all day. Be sure to check out my review of the movie and take the entire family to see Incredibles 2 and Sophia’s character, Voyd now playing in theaters. 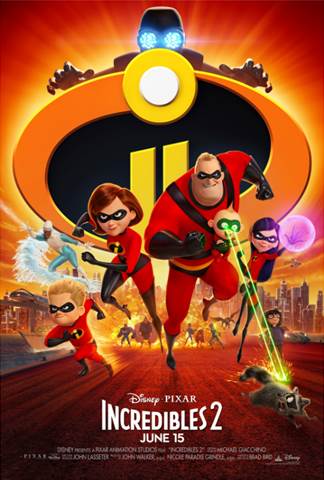 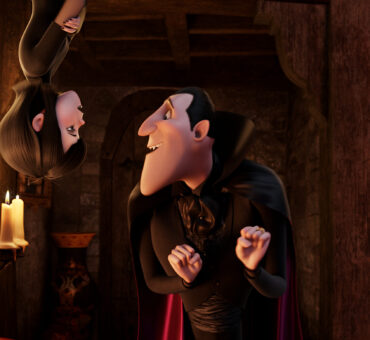 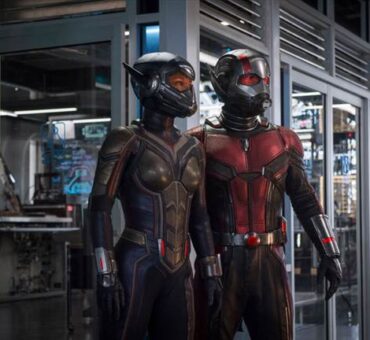 Who is the Wasp in Ant-Man and the Wasp Movie? 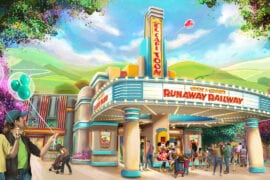 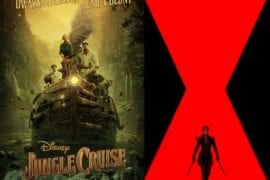