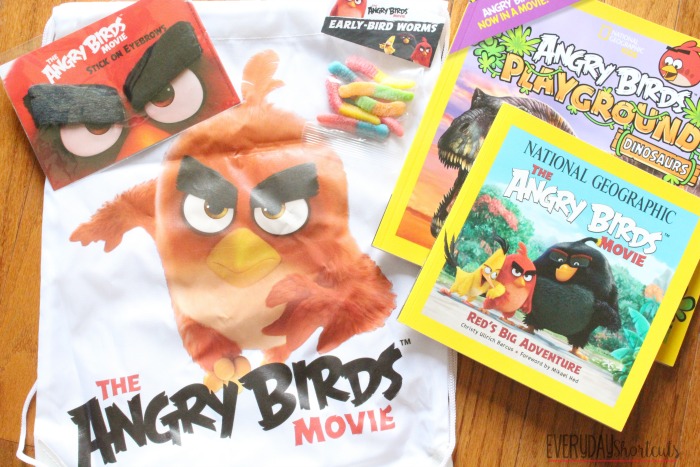 National Geographic The Angry Birds Movie – Red’s Big Adventure
Set in the world of The Angry Birds Movie (2016), this book is filled with all the fun facts and information Red and the flock need to embark on their big adventure. From identifying wildlife to navigating by the stars to building a shelter and setting traps (for any roaming Piggies), this book is sure to educate and entertain.

Angry Birds Playground: Dinosaurs
It’s an extraordinary day on Piggy Island because the Angry Birds haven’t lost their eggs, they’ve found something amazing: a bone! Not a plain old bone—a huge and very old bone. What kind of giant creature could this bone have come from? That’s a question for Mighty Eagle—the wisest bird they know. Join the Angry Birds on their imaginary trip through time to discover the most awesome animals ever to roam this planet: the dinosaurs! 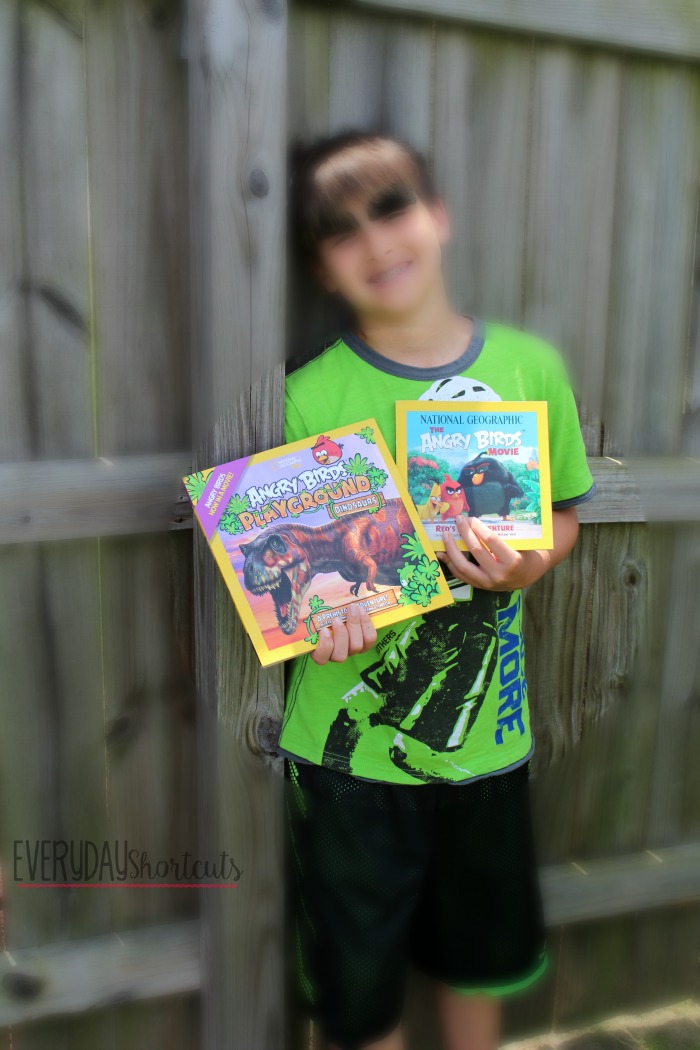 How fun are those eyebrows?

There are several other Angry Birds books to choose from National Geographic so be sure to check them out.  And don’t forget to see The Angry Birds movie now playing in theaters everywhere.

About The Angry Birds Movie

In the 3D animated comedy, The Angry Birds Movie, we’ll finally find out why the birds are so angry. The movie takes us to an island populated entirely by happy, flightless birds – or almost entirely. In this paradise, Red (Jason Sudeikis, We’re the Millers, Horrible Bosses), a bird with a temper problem, speedy Chuck (Josh Gad in his first animated role since Frozen), and the volatile Bomb (Danny McBride, This Is the End, Eastbound and Down) have always been outsiders. But when the island is visited by mysterious green piggies, it’s up to these unlikely outcasts to figure out what the pigs are up to.

Disclosure: I was given the products featured in this post as I am a National Geographic Kids Insider. All opinions are my own. 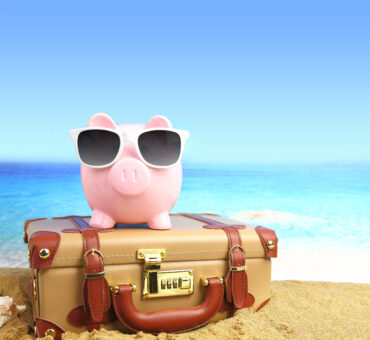 50 Ways to Cut Costs on Your Family Vacation 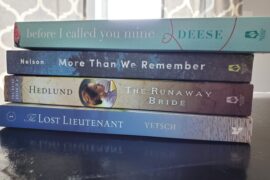 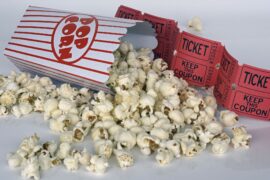