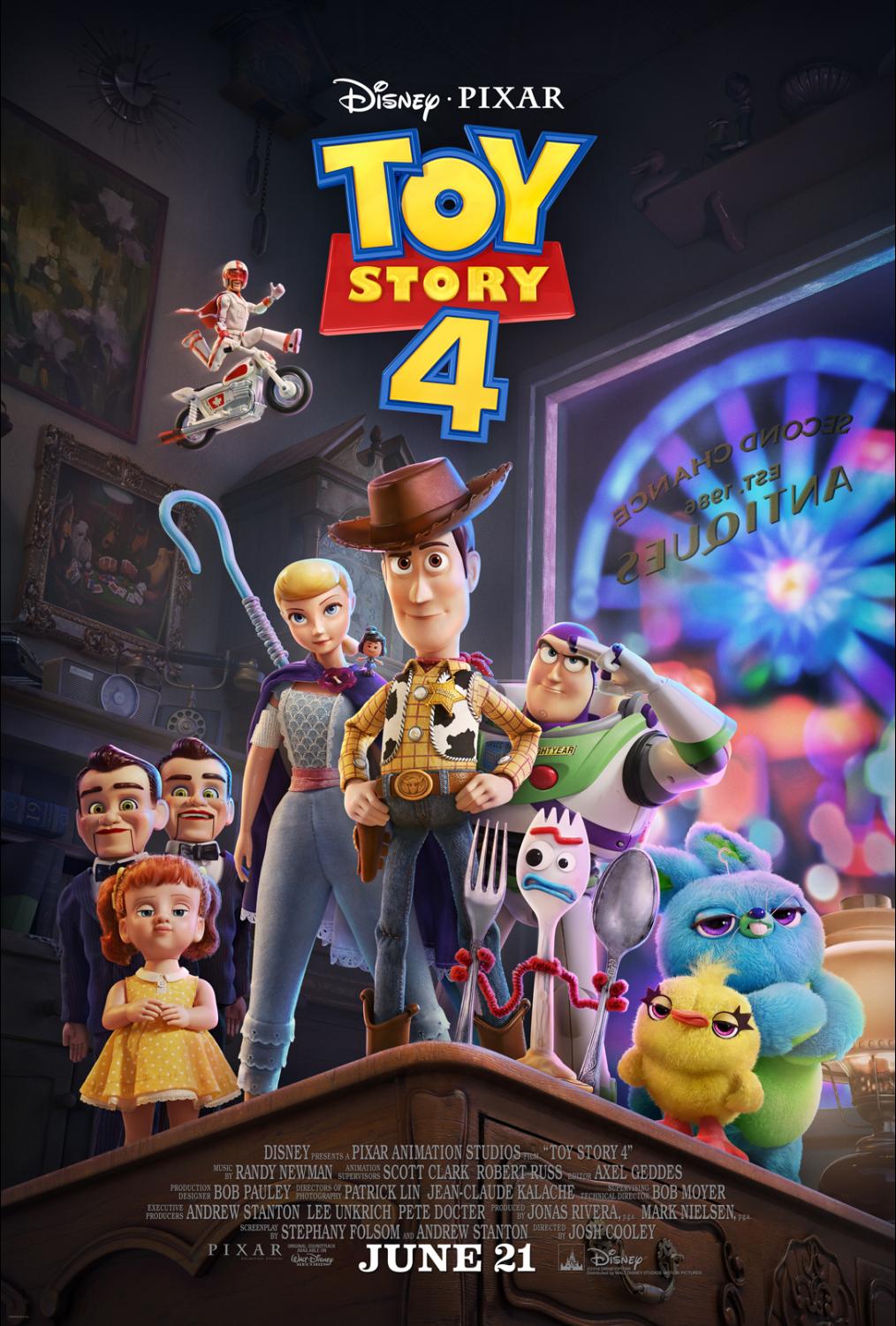 In this chapter of Toy Story 4 there are several new characters we will be seeing in addition to the ones we already know. I’m so excited to share the new members of the Toy Story family with pictures and descriptions. Take the entire family to see Toy Story 4 in theaters on June 21st!

Voiced by Tony Hale, Forky is not really a toy at all. Underneath the googly eyes, pipe-cleaner arms and red waxy mouth, he’s a discarded spork. But Bonnie falls head over popsicle-feet for the little guy. When Woody and the gang join her and her family on the road, Forky’s innocence sends him—as well as Woody—on a wild adventure full of unexpected new characters—and one long-lost friend.

Gabby Gabby is voiced by Christina Hendricks.  Among the new faces is GABBY GABBY, an adorable, talking pull-string doll from the 1950s. But unfortunately for her, a manufacturing defect in her pull-string voice box has left her sounding anything but adorable. She has spent more than 60 years forgotten in the depths of a jam-packed antique store—her only companions are a band of voiceless ventriloquist dummies. Gabby Gabby knows someone will want her if only she can find a working voice box to repair hers.

BENSON is voiced by no one cause he is a classic, antique ventriloquist dummy, and Gabby Gabby’s right hand. He leads a small group of ventriloquist dummies that serve as Gabby’s henchmen. With no person to give them a voice, these silent toys patrol the antique store with a looming quietness that is inherently unsettling. 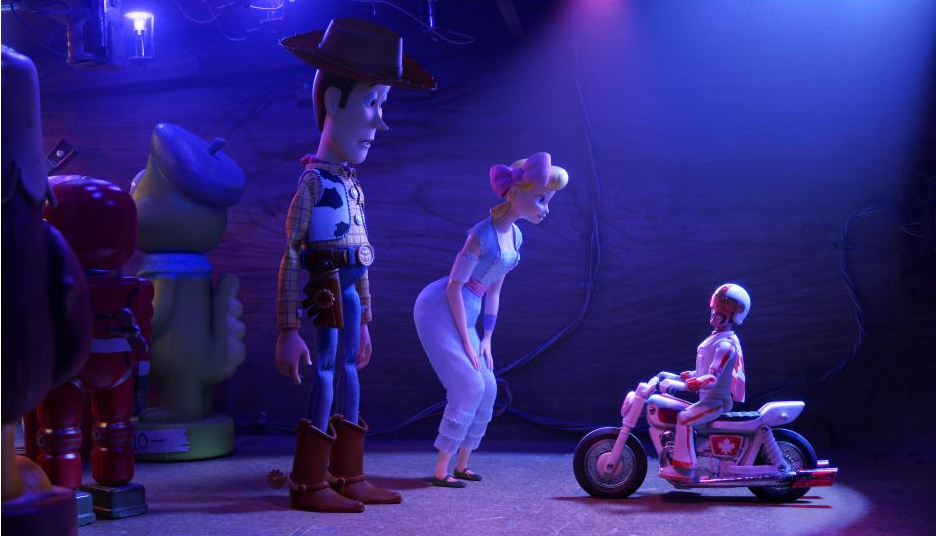 Duke Caboom is voiced by Keanu Reeves and is a 1970s toy based on Canada’s greatest stuntman. Riding his powerful Caboom stunt-cycle, Duke is always prepared to show off his stunt poses with confidence and swagger. However, Woody learns quickly that Duke has an Achilles heel: He has never been able to do the awesome stunts advertised in his own toy commercial. For years, Duke has been sitting in an antique store, constantly reliving the failures of his tragic past.

GIGGLE MCDIMPLES is voiced by Ally Maki  and a miniature plastic doll from the 1980s Giggle McDimples toy line. Giggle is Bo Peep’s best friend and small enough to perch on Bo’s shoulder. Giggle is Bo’s confidant, supporter and advisor. “Giggle is Bo’s Jiminy Cricket—we’re able to get insight on Bo through their relationship together,” says Cooley. “Giggle is definitely the smallest toy in the Toy Story universe. She’s been stepped on, vacuumed up, and probably put up a kid’s nose in her time.” 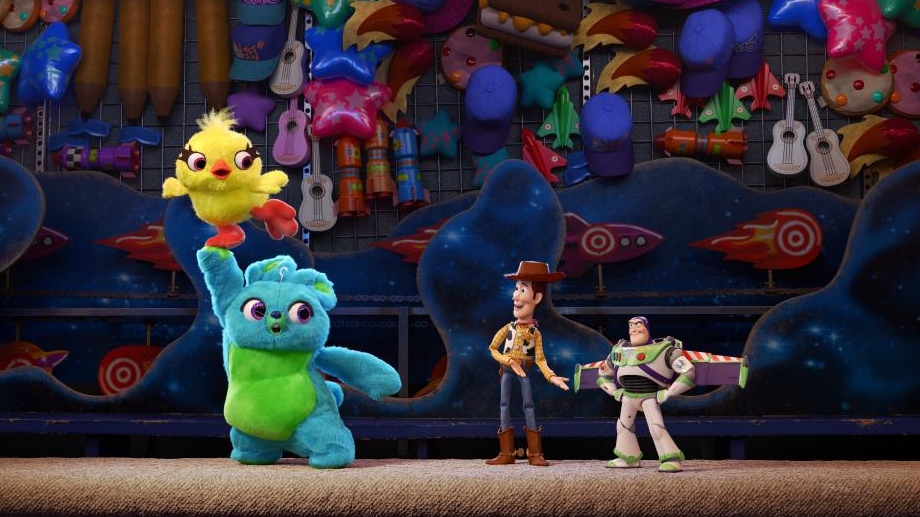 Ducky and Bunny, voiced by Keegan-Michael Key and Jordan Peele are carnival prizes who are eager to be won. But when their plans are rudely interrupted, they find themselves on an unexpected adventure with a group of toys who have no idea what it feels like to be tacked to a prize wall. “Ducky and Bunny bring a new level of fun to the ‘Toy Story’ universe,” says producer Mark Nielsen. “Their view of the world has been very singular as they go from town to town in the same booth staring out at the world. They have no moral compass because they’ve watched kid after kid spend money on a game that’s unwinnable by design. Not only are they learning bad things about human nature, they’re trapped because of it.” 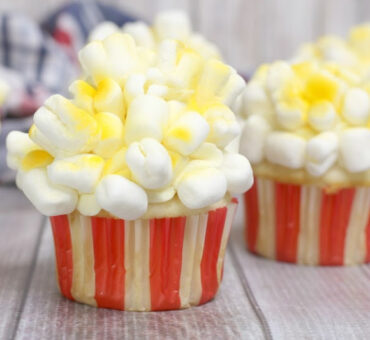 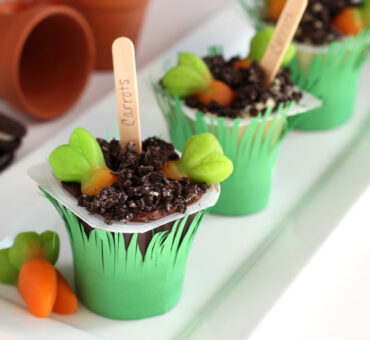