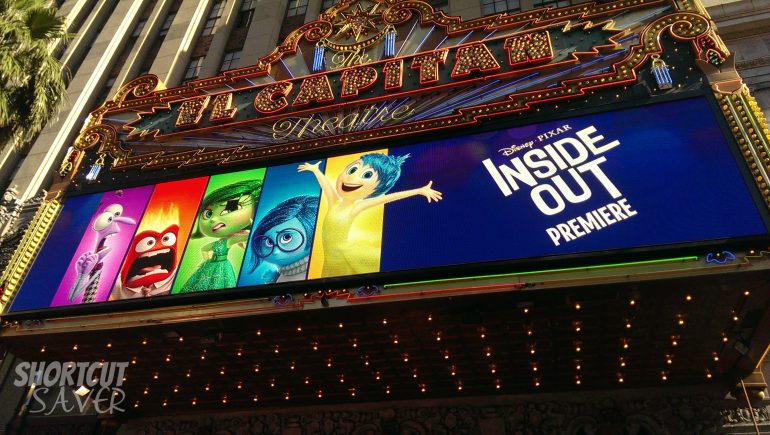 On Monday, June 8th was the Purple Carpet Movie Premiere for Pixar’s Inside Out at the El Capitan Theatre. The pre-party began just a few hours before showing the movie. Walking along the purple carpet, I spotted several celebrities, a man on stilts, games, activities, and tons of food. 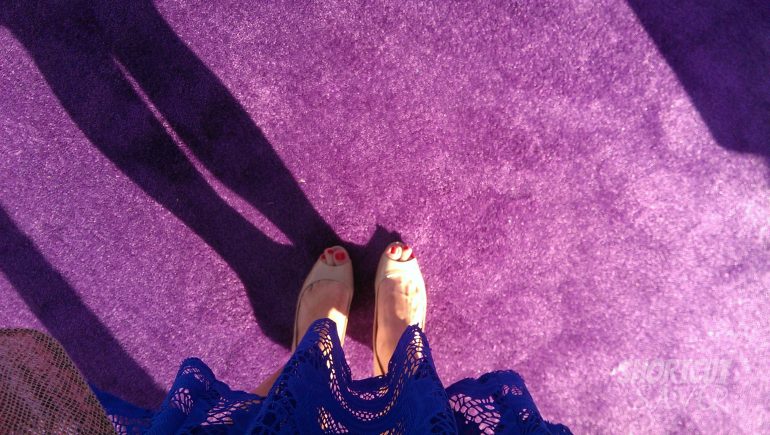 Let’s take a walk down the purple carpet so you can see what I spotted. 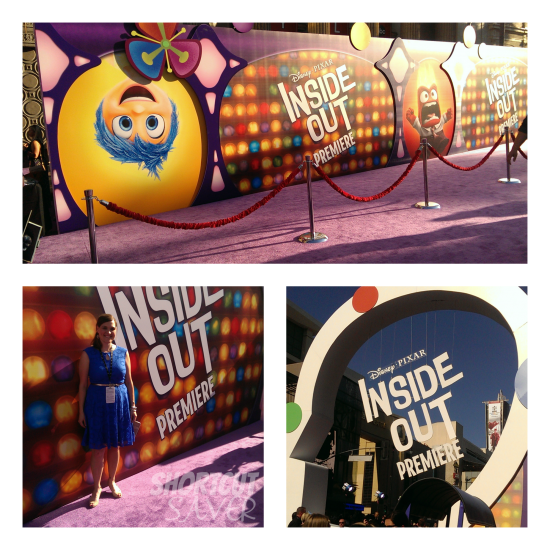 Arriving at the beginning of the purple carpet is where you will spot the press & media snapping photos of the celebrities as they come in. It is roped off so the celebrities can do their interviews towards the front while the rest of the crowd moves in the back. Sometimes you may get lucky and photobomb a celebrity and be spotted in a magazine and such. I chose an electric blue dress to match the emotion of sadness from Inside Out. It was not because I was sad, I just liked the color. 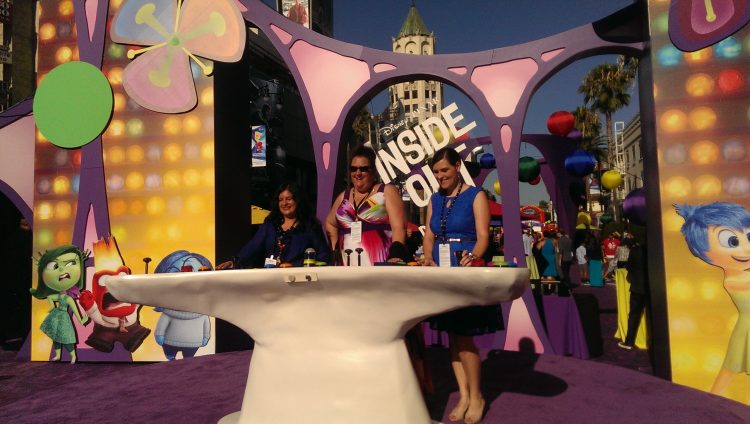 I spotted the entire cast and crew of Pixar’s Inside Out with Amy Poehler, Phyllis Smith, Richard Kind, Bill Hader, Lewis Black, Mindy Kaling, Kaitlyn Dias, Diane Lane, Kyle MacLachlan as they posed for a picture in front of everyone. 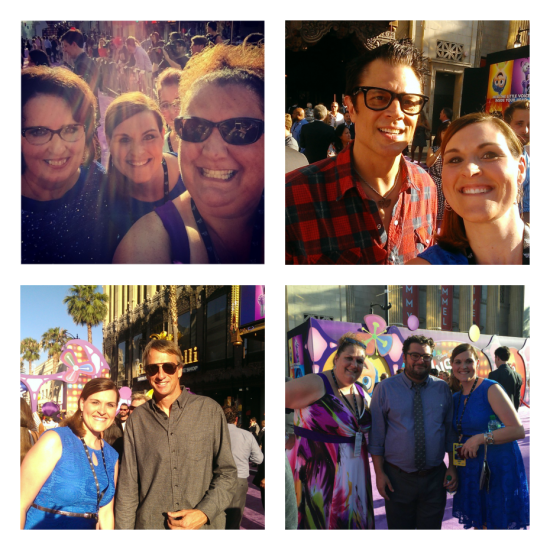 I was lucky enough to snap some photos with some of my favorite celebrities including Phyllis Smith, Johnny Knoxville, Tony Hawk, and Bobby Moynihan. 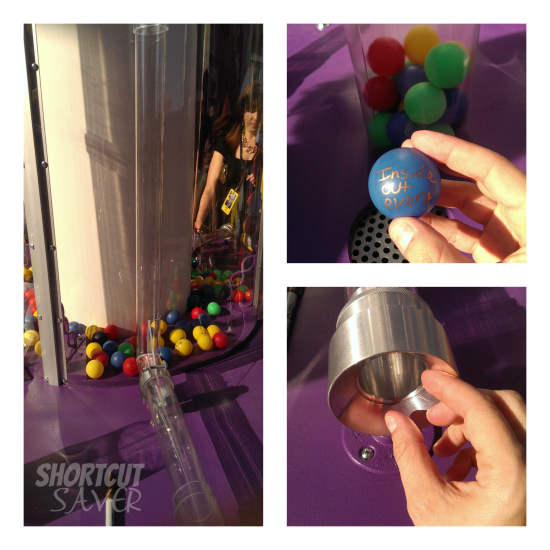 In the middle of the purple carpet was a memory bank. I was asked to write down a memory and stick it into this tube that would suck it right out of my hands and into the memory bank it goes to make it last forever. This was a memory I didn’t want to forget so I wrote “Inside Out Event” and let it go. 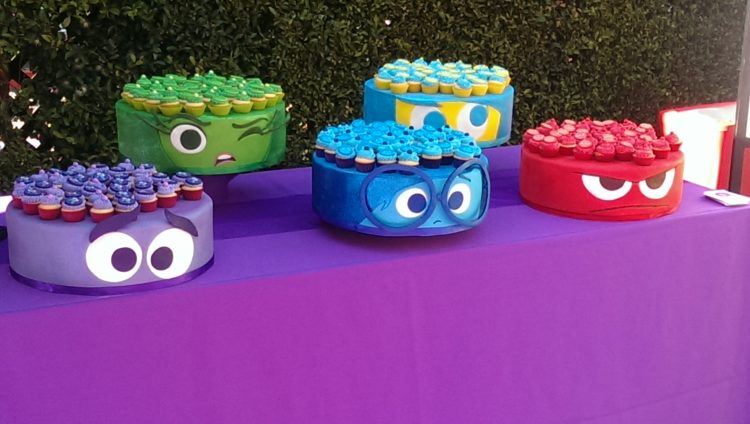 At the dessert table was a display of Fear, Disgust, Joy, Sadness, and Anger cupcakes that looked just too pretty to eat.

Towards the end of the purple carpet was more activities and games for kids and adults. You could design Snackeez cups, play hockey, or my favorite – The Flip Book. I grabbed several props and stood before a camera for 7 seconds moving anyway I wanted to. When the 7 seconds were up my flip book was printed and I stapled to keep. As you flip through it, you can see me move. Below is a video of what the flip book looked like.

Be sure to take the whole family to see Inside Out in theaters everywhere on June 19th. This is one movie you don’t want to miss.

Disclosure: Disney provided me with an all-expense paid trip to LA to the #InsideOutEvent , #TeenBeach2Event , #PhineasandFerbEvent , and #CelebrityFamilyFeud.  All opinions are 100% mine and not influenced in any way. 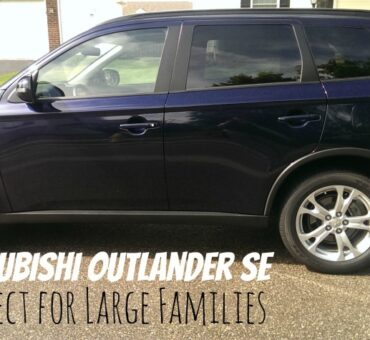 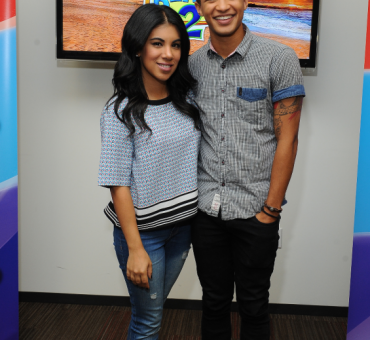