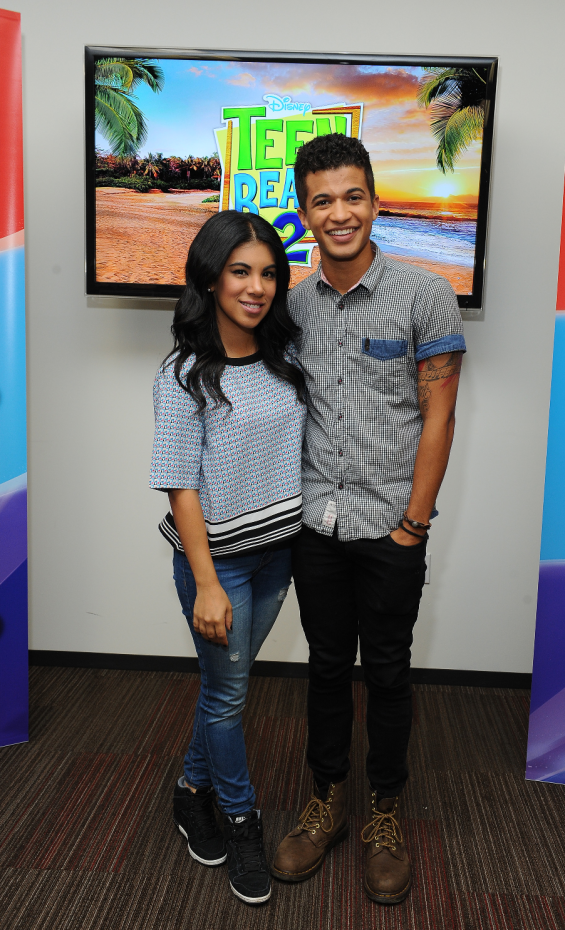 Teen Beach 2 will air on June 26th on the Disney Channel. I got the chance to sit down and interview Chrissie Fit & Jordan Fisher with 24 other bloggers. It all started with a crush that led them to the drama club where they fell in love with acting. Who knew that both of their stories would be similar and led them to where they are now. 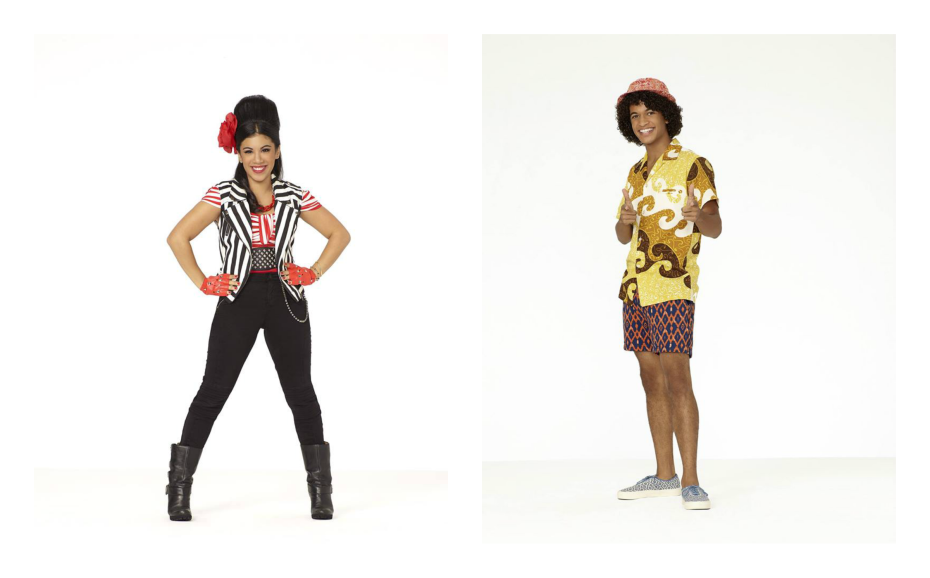 Learn more about Chrissie Fit & Jordan Fisher in the interview below.

Q: What is your Dance Background?

Chrissie Fit: I am not a Professional Dancer, although Teen Beach 2 makes me look like one. I am Cuban and grew up in a household where we were dancing to Salsa & Meringue. I was a Singer and then became an actress so I don’t have a dance background. I think I learned through the Teen Beach Movie.

Jordan Fisher: I joined the drama club and started acting and singing and dancing all on the same day when I was 10.

Q: How long were rehearsals?

Jordan Fisher: We conditioned for a month. It was one choreography for about 3 weeks here in L.A. and then we moved to Puerto Rico rehearsed for another week or two.

Chrissie Fit: I was not in top physical shape and didn’t get to do the conditioning since I was filming a Blockbuster movie in Louisiana. I would get videos sent by them of the choreography and learn in between takes.

Q: Were the costumes comfortable and what would you change about them?

Chrissie Fit: Being a biker I had to wear leather and it is hot in Puerto Rico so leather was not ideal for the weather. I never felt uncomfortable but if they would make leather a little more breathable that would be good.

Q: What advice do you have for an aspiring Musician, Artist, Dancer?

Jordan Fisher: There are a lot of people who come out to L.A. or New York with the idea of becoming famous and typically those people don’t find success in their field because their passion is driven from a very different place than people who do what they do because they love it. And just don’t take “No” for an answer.

Chrissie Fit: I would also say you know that it’s in that kind of world it’s not like a sprint, it’s a marathon. Have patience, educate yourself. Not just with you know the craft that you wanna’ do. So much of my artistic side and choices I’ve made have come through education. Don’t give up, give it 100%, and keep it going.

Don’t forget to check out the dance lesson I received from Chrissie Fit and Jordan Fisher to the song “Gotta Be Me” here. 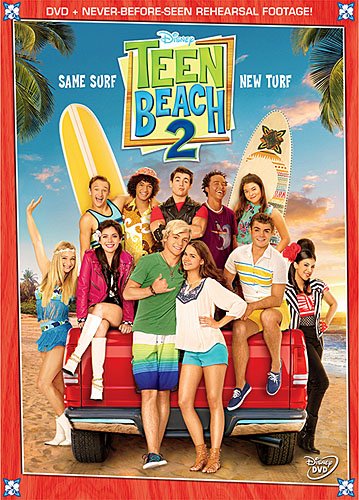 Teen Beach 2 airs June 26 and will also be available on DVD the same day!

Disclosure: Disney provided me with an all expense paid trip to LA to the #InsideOutEvent , #TeenBeach2Event , #PhineasandFerbEvent , and #CelebrityFamilyFeud.  All opinions are 100% mine and not influenced in any way. 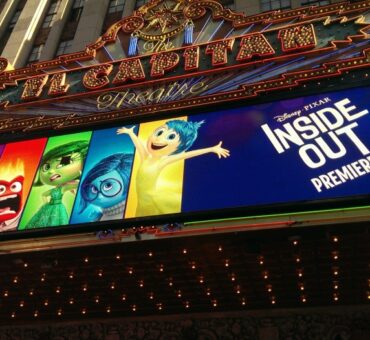 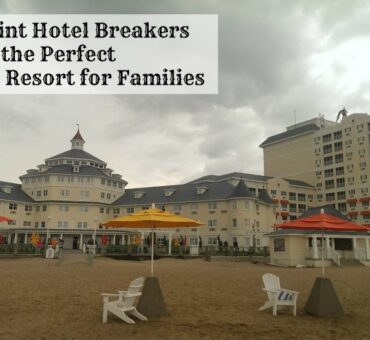