Exclusive Interview with Felicity Jones as Jyn in Rogue One: A Star Wars Story

Felicity Jones play Jyn Erso in the movie Rogue One: A Star Wars story and I along 24 other bloggers had a chance to sit down with her and chat. She has been in the spotlight since she was 12 and known for roles in Amazing Spiderman 2, Inferno, True Story, and The Theory of Everything to name a few. She was born in Birmingham, West Midlands, and grew up in Bournville and has the cutest English accent. She was already a fan of Star Wars itself so there was no hesitation in accepting the role of Jyn in Rogue One.

About Her Character Jyn Erso

She explains that her character has a very strong ideology. She hates the empire, she hates everything they stand for as they have destroyed her family, so anytime she sees a storm trooper she is like an animal who wants to take them down. But at the same time she has a wonderful humanity and wants to learn how to be a leader throughout the film. She starts off and a bit of an outsider that becomes very suspicious and untrusting of people.

She’s had a bit of a hard life, there’s been quite a lot of struggle, so it’s not easy for her to trust people. And throughout the film you see her actually forming these kindred spirits with the other rebels. And finding something that they all have a common dislike of the empire and they unite over that despite their differences.

Training for the Role

To prepare for her role she headed to the gym to build her strength. There was also a stunt team that took her thru the acrobatic moves on set but don’t think those stunts are easy as there may have been some slight bruising after a long day of practicing.  Did you know that Felicity took Judo at the age of 10? She did in fact take Judo and who knew it would help her prepare for a role in Star Wars later in life.

Well it may be possible that there is a love interest forming between Jyn Erso and Captain Cassian but I can’t be certain. From the 28 minutes I saw of the film Jyn kind of gave him the cold shoulder but they seemed to have good chemistry. Felicity didn’t actually say yes or no to a love interest without giving too much away but I think she was leaning towards a yes. Even though we don’t know for sure about the love interest we do know there is a reward that pays off for her character. We will find at the end her and her team will make you feel like there’s justice.

You will find that Jyn Erso is a strong independent woman in the film. Felicity wants people to really care about her and empathize with her and be in it alongside her. She is very resourceful and capable of being on her own but works as a team. And she relies on people on her team to get balance. Her character has the confidence to show that any girl can be who they want to be.

So will we ever see Jyn Erso go to the dark side?

Be sure to take the entire family to see Rogue One: A Star Wars Story on December 16th!

SYNOPSIS:
From Lucasfilm comes the first of the Star Wars standalone films, “Rogue One: A Star Wars Story,” an all-new epic adventure. In a time of conflict, a group of unlikely heroes band together on a mission to steal the plans to the Death Star, the Empire’s ultimate weapon of destruction. This key event in the Star Wars timeline brings together ordinary people who choose to do extraordinary things, and in doing so, become part of something greater than themselves.

Disclosure: Disney provided me with an all expense paid trip to San Francisco for the #RogueOneEvent #MickeyRacersEvent #PinocchioBluray #Waltagram #StarWarsRebelsEvent. All opinions are 100% my own. 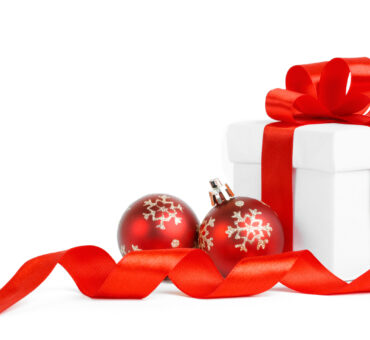 Exclusive Interview with Diego Luna as Cassian Andor in Rogue One: A Star Wars Story