The long anticipated wait is almost over as COCO is set to release in theaters on November 22. It’s a story about the Land of the Dead is not as dark as you think it would be. This story is much different as it is about family, music and magic. I got to see 35 minutes of it earlier this month and love every minute of it. I cannot wait to see the entire movie in just a few short months. While I was visiting in San Francisco, we had the chance to sit down with COCO Director Lee Unkrich, Writer and Co-Director Adrian Molina & Producer Darla K. Anderson for a brief interview. I promise no spoilers here, so read on!

When was the movie idea first pitched?

Believe it or not the movie idea was pitched back in September of 2011. Lee Unkrich said, “It was a film that I had been developing before Toy Story 3 happened and then another new original idea and then this notion of doing a story set against the Dia De Los Muertos and immediately John sparked to the Dia De Los Muertos idea.” John Lasseter asked Lee to pitch him 3 different story ideas so he can explore the ideas and not be fixed on just one. Lee mentions that the first story that they developed was completely different than what they ended up doing with Coco but John just was really excited about the notion of setting a story in this world. It felt unique to him.

Lee says, “It was different than anything we’d done at the studio and so I wouldn’t say he greenlit the film because we didn’t have a story yet but he wanted us to forge ahead and develop that idea and so within a couple of weeks we were all on a plane and heading down to Mexico to start our research because it happened. You know, that was in September and Dia De Los Muertos is right at the beginning of November so we headed right down to Mexico to go on our first research trip.”

Why is the movie called COCO?

“That is actually a secret”, says Adrian Molina.

I know everyone wants to know why but even I don’t know why and we have to see the entire movie to get the real meaning behind the name COCO. Lee mentions that, it was kind of a working title for a while and there’s a certain mystery to it. You go into a theater and you don’t quite know what it means or who it .

What was surprising that you learned about the culture and how has making this film change how you see Mexico?

The team took many trips to Mexico especially during the time of Dia De Los Muertos celebration to get as much research as they could. They really wanted to show how much they love and appreciate the culture and the people and the traditions that come from the beautiful country in the movie.

Adrian Molina mentions that was of all the details upon which people disagree that’s the one that it seemed in our studies people held a lot of strong opinions about. They didn’t want to shy away from the fact that within a community you can have diversity of opinion. “We wanted to be able to speak to both of those things so what we do in the film is kind of what happens in the world which is some people say Dia De Los Muertos, some people say El Dia De Los Muertos and one of the things we wanted to keep track of is that it’s consistent across the character so if this is a character who would say it this way, this is a character who would say it this way and we try not to mix it up too much on any given character but, you know, it’s a diverse community and language is an ever-changing thing so we wanted to be thoughtful about it and that’s how we approached it.”

Besides love, family and friendship what other components have you included in the movie to make it more universal?

Adrian Molina: “Well it’s definitely about family, almost first and foremost the idea of family and tradition is gonna be infused in the film but it’s also very much a film about following your passions and making choices in life and pursuing dreams versus, you know, just saying what your family wants for you or what they think is best for you and I think that’s something that a lot of people can relate to.”

Lee Unkrich: “Being able to chart your own path in the context of wanting to be connected to your family is something that is very universal across cultures, across experiences and following your passion. I think that’s something that everyone can kind of lean into and relate to and understand.”

Darla K. Anderson: “And then just lastly this film like all of our films we want to just so entertain and bring audiences, immerse them in this other world and immerse them in a grand adventure and I think that’s very universal too. Go into a film and escape into a whole new world and go along this journey with our protagonist and his companion. So I think this film has those universal qualities as well.”

I know that after seeing this film we will all have a better understanding of the culture and the celebration of Dia De Los Muertos. And if you live in Mexico, you will be able to see it first on October 27, 2017 as they are releasing it early in celebration for the Day of the Dead. For the rest of us we have to wait till November 22nd. And as for a sequel that is not in the works as of now as they are just trying to finish up the last details of the movie for all of us to see but may be in the future.

And with the music being a huge part of the movie, you know the soundtrack is going to be amazing. You can pre-order your copy of the soundtrack now to get it in time for the release of the film.

Also, be sure to check out this Disney·Pixar’s Coco Inspired Sugar Skull Slime for a fun activity the kids can do! 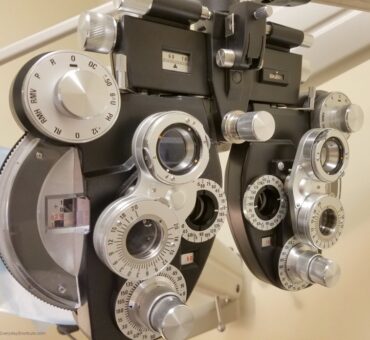 Reasons Why Back to School Eye Exams are Important 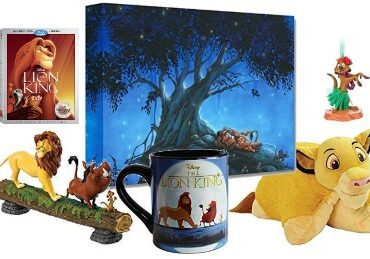 The Lion King Gifts for the Ultimate Fan