D23 took place at the Anaheim Convention Center July 14-16 and in case you don’t know what it is, it’s like a Comic-Con but all Disney. And yes people do dress up as their favorite Disney characters too! D23 is where Disney makes lots of announcements for upcoming movies, attractions, park updates, and more. It’s one of my favorite times of the year and always have my eyes glued to the computer, hitting refresh a million times to find out what the announcements are. If you’re a Disney fan like me then you know what I’m talking about.

Check out these D23 Expo Highlights and find out what my favorite announcements are at the bottom! 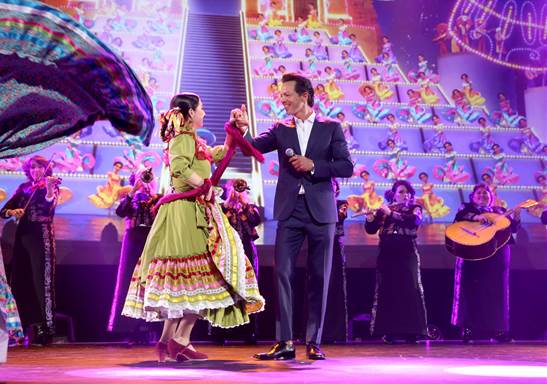 Unkrich, co-director and screenwriter Adrian Molina and producer Darla K. Anderson shared details about the original story with the crowd. In theaters Nov. 22, 2017, COCO introduces Miguel, an aspiring musician whose family long ago banned music. Desperate to prove his talent and follow in the footsteps of his idol, Ernesto de la Cruz, Miguel makes a fateful decision and finds himself in the Land of the Dead, where he meets his extended family and charming trickster Hector (voice of Gael García Bernal). Together, they set off on an extraordinary journey to unlock the real story behind Miguel’s family history. 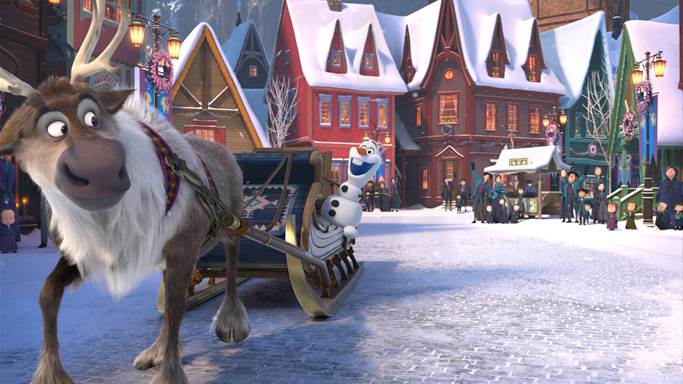 This new FROZEN holiday featurette running about 21 minutes long hits the big-screen in front of Disney•Pixar’s COCO on Nov. 22, 2017.

INCREDIBLES 2 director Brad Bird—who lends his voice to Edna—joined Lasseter on stage to welcome to the festivities the voices of Mr. and Mrs. Incredible (Craig T. Nelson and Holly Hunter), Violet (Sarah Vowell), Dash (newcomer Huck Milner) and Frozone (Samuel L. Jackson). Bird revealed details of the upcoming caper, which puts the family into an expanded universe that includes new allies and a brand-new villain. “‘Incredibles 2’ is really a family film, it’s just that the family happens to have super powers,” said Bird. “They may have super speed or super strength, but they experience the same problems as any family.” Disney•Pixar’s INCREDIBLES 2 hits theaters everywhere on June 15th, 2018! 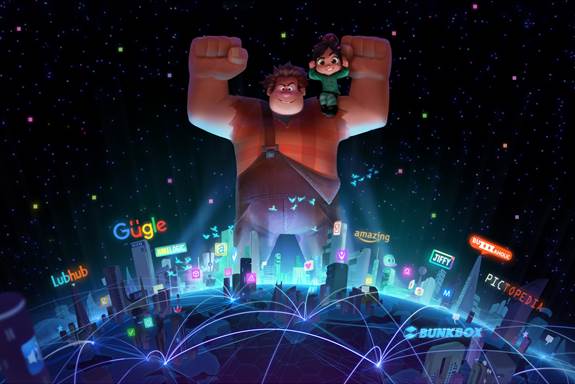 Walt Disney Animation Studios’ follow-up to 2012’s WRECK IT RALPH leaves the arcade behind, venturing into the expansive universe of the internet—which may or may not survive Ralph’s not-so-light touch. Outcasts-turned-BFFs Ralph (voice of John C. Reilly) and Vanellope von Schweetz are reuniting with Fix-It Felix (voice of Jack McBrayer) and Sergeant Calhoun (voice of Jane Lynch). Filmmakers revealed a new character, Yesss, an algorithm who plays an important role in Ralph and Vanellope’s journey within the internet. Golden Globe®-winning actress Taraji P. Henson (“Empire”) lends her voice to the character. “Yesss is a new character who owns the website Buzzaholic,” said Henson. “Yesss knows about everything cool and on trend. And she does spell her name with a triple ‘s.’ Yesss is very savvy, smart and sexy.” Produced by Oscar® winner Clark Spencer, RALPH BREAKS THE INTERNET: WRECK-IT RALPH 2 hits theaters on Nov. 21st, 2018!

John Lasseter kicked off the presentation by announcing Disneytoon Studios’ original new animated movie, “Untitled DTS Film.” Directed by Klay Hall and Bobs Gannaway, and produced by Ferrell Barron, the theatrical feature film explores the future of aviation—taking moviegoers to the edge of discovery in the air—and beyond. “Untitled DTS Film” opens in theaters on April 12th, 2019! 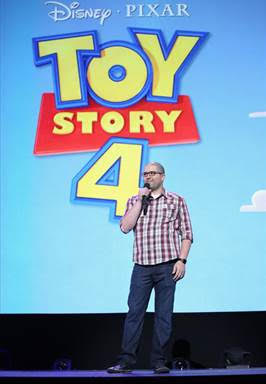 John Lasseter invited Pixar’s Josh Cooley (“Riley’s First Date?” short) to the stage, revealing that Cooley has assumed full director responsibilities for TOY STORY 4. The pair brought with them a behind-the-scenes look at a day in the director’s life at the Northern California studio. Produced by Jonas Rivera (“Inside Out”), TOY STORY 4 is slated for release on June 21st, 2019! 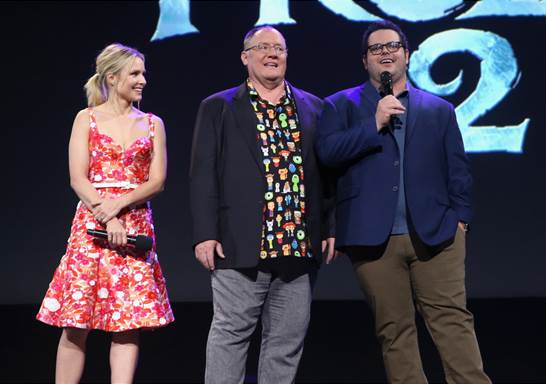 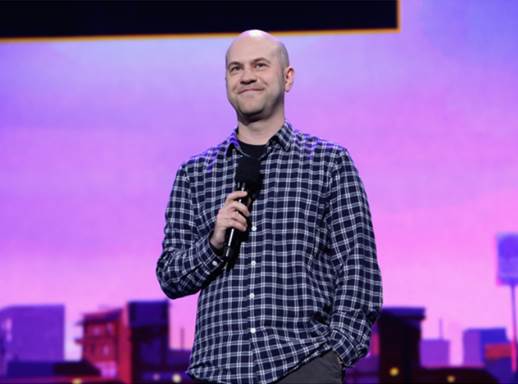 Director Dan Scanlon, who helmed Pixar’s “Monsters University,” joined Lasseter to share a few details about an all-new original feature film currently in production at Pixar Animation Studios. According to Scanlon, who lost his father at a very young age, the film is inspired by the question he’s always asked: who was my father? The story is set in a world with no humans—only elves, trolls and sprites—“anything that would be on the side of a van in the ’70s,” said the director. “In the film, we’re going to tell the story of two teenage elf brothers whose father died when they were too young to remember him. But thanks to the little magic still left in the world, the boys embark on a quest that will allow them a chance to spend one last magical day with their father.” Kori Rae (“Monsters University”) will produce. 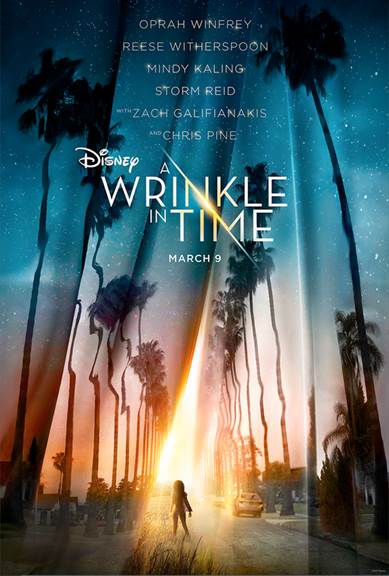 A WRINKLE IN TIME

Meg Murry (Storm Reid) is a typical middle school student struggling with issues of self-worth who is desperate to fit in. As the daughter of two world-renowned physicists, she is intelligent and uniquely gifted, as is Meg’s younger brother Charles Wallace (Deric McCabe), but she has yet to realize it for herself. Making matters even worse is the baffling disappearance of Mr. Murry (Chris Pine), which torments Meg and has left her mother (Gugu Mbatha-Raw) heartbroken. Charles Wallace introduces Meg and her fellow classmate Calvin (Levi Miller) to three celestial guides—Mrs. Which (Oprah Winfrey), Mrs. Whatsit (Reese Witherspoon) and Mrs. Who (Mindy Kaling)—who have journeyed to Earth to help search for their father, and together they set off on their formidable quest. Traveling via a wrinkling of time and space known as tessering, they are soon transported to worlds beyond their imagination where they must confront a powerful evil. To make it back home to Earth, Meg must look deep within herself and embrace her flaws to harness the strength necessary to defeat the darkness closing in on them. A WRINKLE IN TIME opens in theatres everywhere on March 9th, 2018! 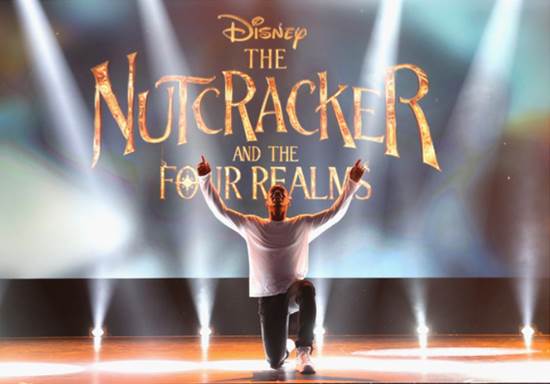 THE NUTCRACKER AND THE FOUR REALMS

The film largely takes place in a strange and mysterious parallel world—home to Land of Snowflakes, Land of Flowers and Land of Sweets. But it’s the ominous Fourth Realm where Clara must take on a tyrant called Mother Ginger as well as a gang of mice who’ve stolen a coveted key from Clara. Said Bailey, “The Mouse King is made up of thousands of mice—a cutting-edge CG creation. But we wanted him to move in a way that would be wonderfully surprising and incredibly cool, so we called on Lil Buck to provide the style of dance that defines the character. He is so talented and the way he makes this character move is unbelievable.”

Los Angeles-based dancer Lil Buck hit the stage at D23 Expo 2017 to demonstrate the kind of street dancing—called jookin—that informed the way his character moves in the film. The performance earned a standing ovation. THE NUTCRACKER AND THE FOUR REALMS open in theatres everywhere on November 2nd, 2018! 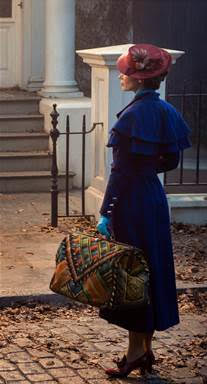 P.L. Travers first introduced the world to the no-nonsense nanny in her 1934 children’s book “Mary Poppins.” However, the subsequent adventures of Mary Poppins remained only on the pages of the seven other P.L. Travers’ books…until now. MARY POPPINS RETURNS is drawn from the wealth of material in these additional books. The film also stars Ben Whishaw as Michael Banks, Emily Mortimer as Jane Banks, Julie Walters as the Banks’ housekeeper Ellen, with Colin Firth as Fidelity Fiduciary’s William Weatherall Wilkins and Meryl Streep as Mary’s eccentric cousin Topsy. Angela Lansbury appears as the Balloon Lady and Dick Van Dyke as Mr. Dawes Jr., the retired chairman of the bank now run by Firth’s character. MARY POPPINS RETURNS is directed by Rob Marshall. The screenplay is by David Magee and the screen story is by Magee & Marshall & John DeLuca based on The Mary Poppins Stories by P.L. Travers. The producers are Marshall, DeLuca and Marc Platt with Callum McDougall serving as executive producer, and the music is by Marc Shaiman with songs by Shaiman and Scott Wittman. MARY POPPINS RETURNS opens in theaters everywhere on December 25th, 2018! 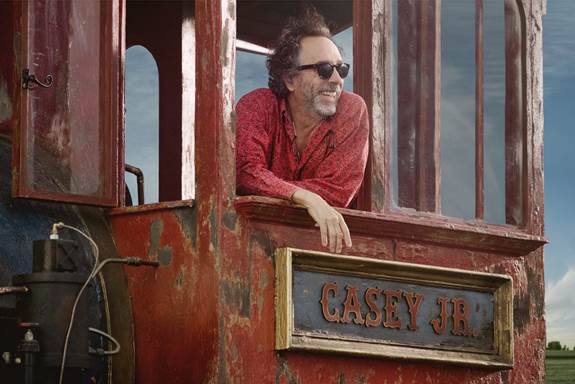 The film stars Colin Farrell as Holt Farrier, a former circus star and war-veteran charged with the care of a newborn elephant whose oversized ears make him a laughingstock of an already struggling circus. Nico Parker and Finley Hobbins were cast as Holt’s children, who discover that Dumbo can fly. Danny DeVito portrays circus owner Max Medici who tries to capitalize on the novelty. And Michael Keaton is persuasive entrepreneur V.A. Vandevere who swoops in with aerial artist Colette Marchant, portrayed by Eva Green, to make Dumbo a star. Katterli Frauenfelder, Derek Frey, Ehren Kruger and Justin Springer are producing from a screenplay by Kruger. Filmed entirely in England, DUMBO is utilizing state-of-the-art visual effects to portray the big-eared elephant and many of his animal counterparts. DUMBO flies into theaters everywhere on March 29th, 2019! 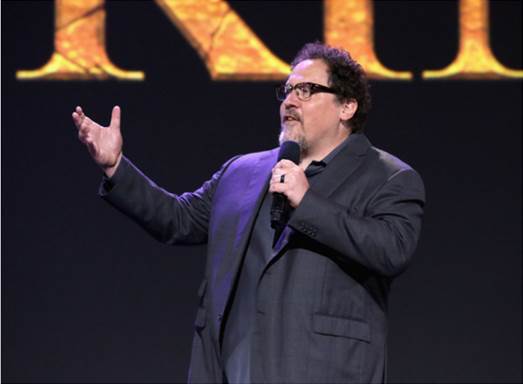 Favreau, who was behind 2016’s blockbuster live-action remake of THE JUNGLE BOOK, joined Bailey on stage. “This is a story that belongs to everyone who grew up with the original film,” said Favreau. “I wanted to demonstrate that we could be respectful of the source material while bringing it to life using new techniques and technologies. We wanted to do something special for the D23 Expo audience and give them a first look at what we’re up to.” THE LION KING roars into theaters everywhere on July 19th, 2019!

An unprecedented cinematic journey ten years in the making and spanning the entire Marvel Cinematic Universe, Marvel Studios’ AVENGERS: INFINITY WAR brings to the screen the ultimate, deadliest showdown of all time. The Avengers and their Super Hero allies must be willing to sacrifice all in an attempt to defeat the powerful Thanos before his blitz of devastation and ruin puts an end to the universe. AVENGERS: INFINITY WAR opens in theaters everywhere on May 4th, 2018!

A live-action take on Disney’s 1998 feature, which will be helmed by Niki Caro (“McFarland, USA,” “Whale Rider”).

A live-action nod to the popular theme park ride. The studio is working with Dwayne Johnson, recently heard as Maui in MOANA, on the project.

Directed by Guy Ritchie, with Mena Massoud as Aladdin, Naomi Scott as Jasmine and Will Smith as the Genie. 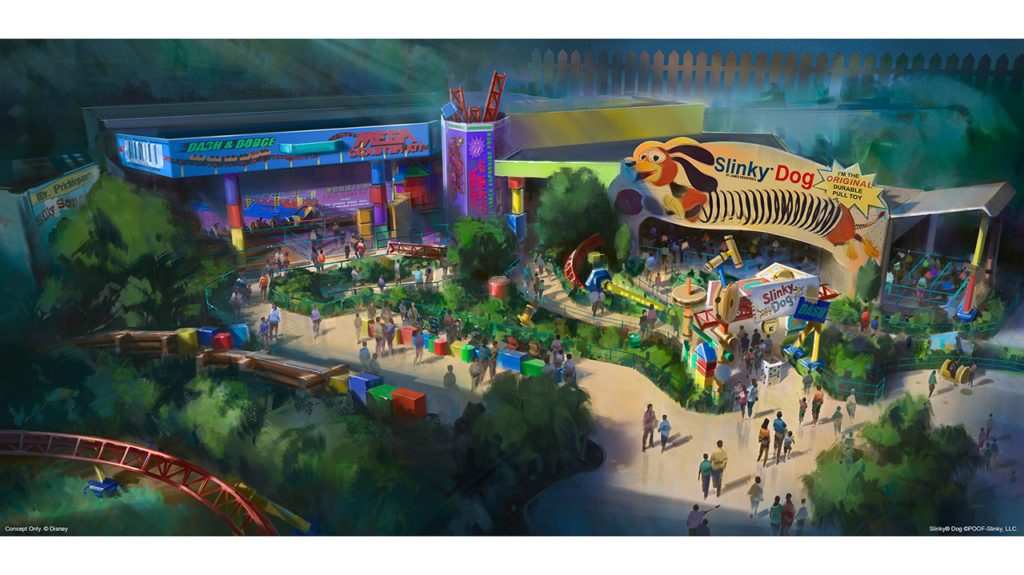 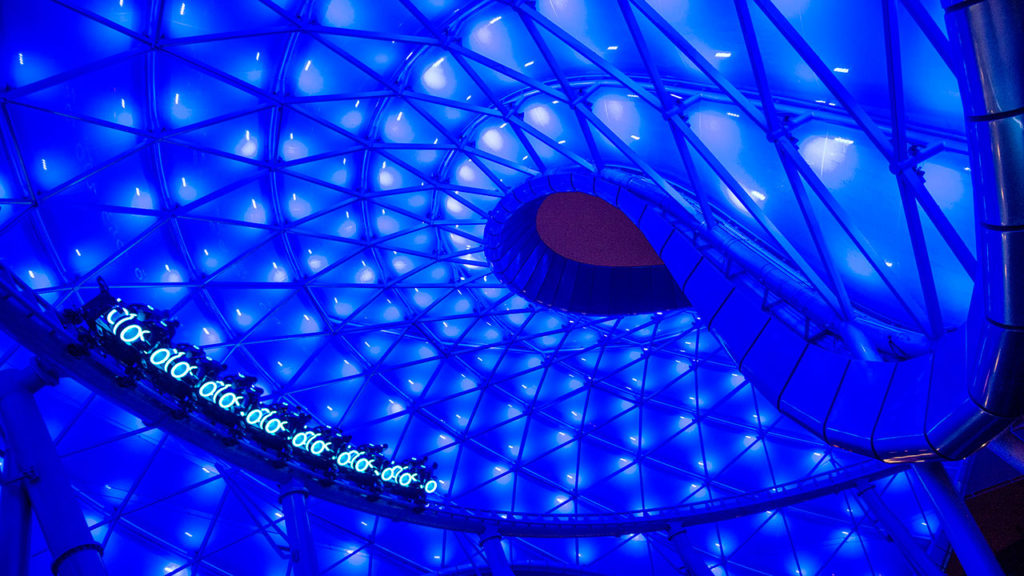 Who am I kidding? All of these announcements presented at D23 Expo were my favorite but these ones stood out to me the most and I cannot wait for. 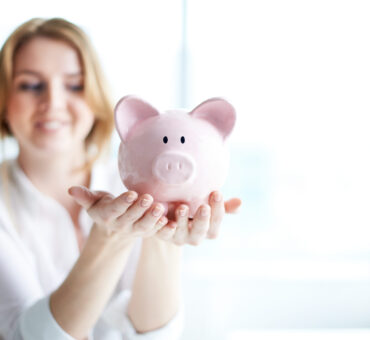 How to Get Teens to Save Money 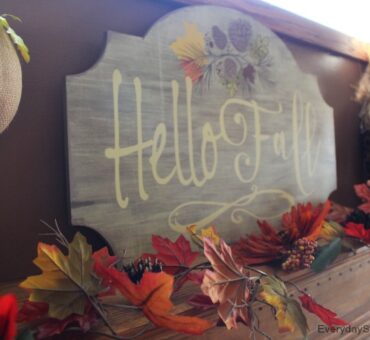