Cinderella is now available on Blu-ray in stores and online. Lily James is as beautiful as ever in the Disney movie Cinderella from the beautiful blue ball gown to her flowing blonde hair. Also, starring in the film is Cate Blanchett playing the mean Stepmother who does an amazing job.

Celebrate Disney’s “Cinderella,” a modern classic that shines with beauty, imagination…and magic! Despite being mistreated by her stepmother (Cate Blanchett) and step sisters, a spirited Ella (Lily James) resolves to take charge of her fate. Add a royal ball, a Fairy Godmother (Helena Bonham-Carter) and a glass slipper, and suddenly – magic becomes reality!

The Blu-ray combo pack comes with some bonus features and deleted scenes. Plus, you can watch the Disney short “Frozen Fever” before Cinderella.

· A Fairy Tale Comes to Life

Cinderella We Heart It: http://weheartit.com/disneycinderella 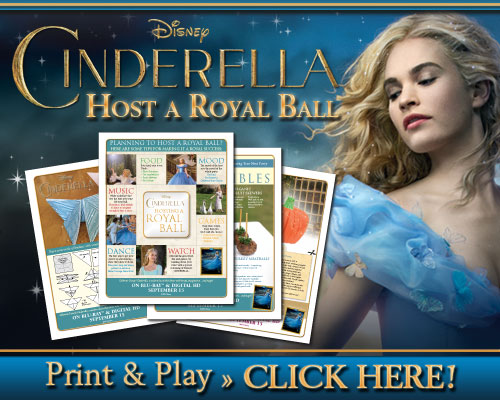