Samuel L Jackson voices the character Frozone AKA Lucius Best in Incredibles 2. While I was in LA last week, I had the chance to chat with him. During the interview, I expected the F bomb to be dropped several times but that was not the case. Well, maybe one time but it was for a good reason. During the interview I learned several things about Samuel L Jackson that I did not know about and are quite interesting to share. I’m sure you’ll find some that surprise you so read on.

Collects His Own Figures
You heard that right he collects no one else’s but his own.  And when we asked him this question he gave us a look and said, “Doesn’t everyone?” How it got started was after he did Jurassic Park and found out that they made action figures for everybody but his character. “So after that I kind of insisted.” he says.

Thinks Edna Mode is the Dope-est
If Samuel could voice any other character in Incredibles it would be Edna. He goes on to say, “Edna is just the dope-est, she’s just, you know, wise cool dry, unaffected by the world, you know. The world revolves around her.” he says.

Is Relieved the Sequel is Out
Now that Incredibles 2 is actually out he feels like the pressure has been lifted. He mentioned how his fans would fill up his feed with questions on when they were going to make an Incredibles 2 movie.

Real Life Super Power is Providing for His Family
In the movie Frozone’s superhero power is throwing ice but in real life Samuel feels that it is earning money for his wife and daughter along with surviving 38 years of marriage.

Would Freeze Time Back to the Seventies
When asked if he could freeze any moment in time or era he talked about the seventies, preferably 1976 when he first started out acting in NYC ready to conquer the world and be the best actor on the planet (I think he has accomplished that, wouldn’t you say?)

He goes on to say, “My wife and I thought we were going to be Liz Taylor and Richard Burton. But it was a vibrant time in New York, there were so many of us there. And it was a great time for work, and comrade-ship and all the people that we met, Morgan, Alfre, Denzel, where everyone was working and auditioning together as those were the vibrant and learning times.”

“I don’t get to always play the best ones, I just have fun playing the ones that I get.” – Samuel L Jackson

Has Fun Playing the Characters He Gets
When asked how he gets the best characters in every film he seemed to disagree and goes on to say, “I don’t get to always play the best ones, I just have fun playing the ones that I get.” But he does get the best lines and his response to that was “Well people like selling t-shirts, they know they’re
giving me the t-shirt lines.”

And speaking of t-shirts, have you seen his Instagram photos of him wearing t-shirts of himself? Check out this one!

Morning mood! What a difference a goatee makes! Attitude is everything!!#NickFury#CaptainMarvel#ShaftfacevsFuryface

Stuttered as a Kid
Samuel has been known for his language. No we’re not talking foreign language but rather to drop a few F Bombs. When asked about his language he says that is how he is. He goes on to say, “I stuttered really badly when I was a kid. And one of the mechanisms to stop it was to say mother fucker and then I could go on to say what I had to say.”

Judge Judy is His Friend
One the days when Samuel is not acting, he likes to watch Judge shows especially Judge Judy and talks about how they are friends and have dinner together. He also watches movies, reads scripts and eat sandwiches.

“If you’re just starting out do as much theater as you can do. But if you’re serious about it go to New York. Challenge yourself. On stage or off Broadway on Broadway, work with as many different kinds of actors and directors as you can, learn the craft. Upstage downstage, stage right stage left, being dominant, being submissive on stage.”

“There’s a wealth of information to be gained from working in front of real people every night and getting claps or getting laughter because you learn from that. And there’s no real way to know you can do it until you hear people say it or you’re in a theater and you feel the energy of the audience when you’re doing something. When you make them said or you hear them, awe, then you make them happy, they laugh they applaud they cheer they sigh they do whatever.”

“When you feel the energy of people, then you know okay, this works, that works, that doesn’t work, this works. So that when you get to this place, or on a screen somewhere, you don’t have to question what you do, it feels right, you know, it works.” 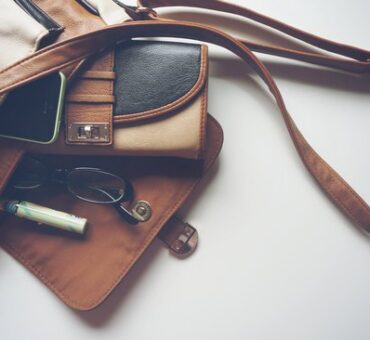 7 Items in Your Purse You Can Throw Away Right Now

A Mom and Her Dumpling in the Pixar Short ‘Bao’